The Hills District is a hotbed of thriving economic activities, different cultures, amazing tourist destinations, and above all, it plays habitat to some of the most generous and hardworking people in Australia.

This place is an authoritative core of the local government sector, and one that contributes hugely to the economy of the larger NSW.

You might have a lot of information about this location, but what you may not be aware of is the fact that it is home to some of the most famous people in the world. Some of them include;

Who would have known that one of the worlds’ most famous most valuable novelist calls the Hills District home? Well, Patrick White, who was regarded as the best English Novelist in the 20th century was born and raised in Castle Hill, which is a suburb of the Hills District.  Before his death in 1990, he had published eight plays, three short story collection, and 12 novels.  Due to his unwavering fame, he travelled around the world lecturing in Universities and delivering talks in high-end conferences.

He even has a family land in Castle Hill, where he lived with his wife- Manoly Lascaris for 18 years after the World War II.

His voice roamed the airwaves, as he was one of the most renowned Australian Commentators. His fame earned him the nickname ‘Rabbit’ and ‘the voice of the Rugby League.’ No Rugby tournament would be complete without his voice in it, and that earns him a place in our list of the most famous people from the Hills District.

He did not just commentate local rugby tournaments, but he also had a chance to participate in the Nine Network’s coverage of the London Olympics.  Apart from being born in the Hills District, he currently lives here with his family.

He is known as a right-arm fast bowler in Pakistan, and most people think that he was born and bred in Pakistan. Nonetheless, this amazing superstar was born and raised in the Hills District, specifically in Castle Hill.

His success over the years has seen him become one of the most celebrated cricket players of all time. He has on several occasions been crowned as one of the best and fastest bowlers to terrify batsmen. Apart from being a player, he has also been a coach in Pakistan for many years.

He holds many titles including the youngest Pakistan Test Captain, and as of 2012, he was the third youngest test captain in the world. He might not bring much glory to Australia when he wins medals and titles, but the fact that he was born in the Hills District makes him and icon everyone should be proud of.

Most people know Christina Parie as a songwriter, singer, and an icon who made it to the finals of the X-factor, season three in 2011. What they don’t know is that she was born and raised in the Hills District, and she is one of the celebrities this area of Sydney should take pride in.

She started her debut in music as a lead singer of the five-piece band, but eventually fell out to start her solo career. She has not disappointed the Hills District since he has remained in the public eye for a long time, and she is now one of the most celebrated artists in Australia.

The individuals mentioned above are just some of the most famous people who are from the Hills district. They are the face of this area, and an inspiration to the younger generation who look up to them as their role models. 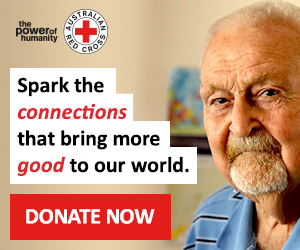